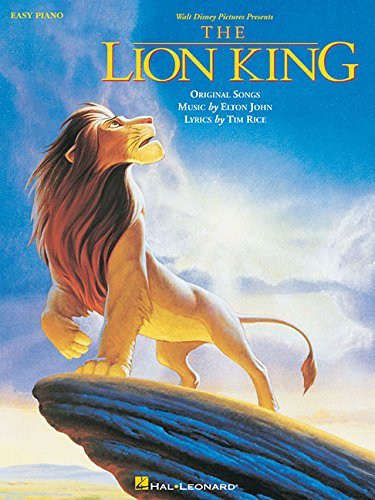 2019 marks the 25th anniversary of Disney's iconic animated classic, The Lion King, and it is now being brought to a new generation of viewers with a new live action film. Our matching songbook to the soundtrack for the July 2019 production features 16 songs by Elton John and Tim Rice, including five classics from the original film: Be Prepared Â· Can You Feel the Love Tonight Â· Circle of Life Â· Hakuna Matata Â· I Just Can't Wait to Be King; as well as new songs including Spirit performed by BeyoncÃ© and Never Too Late performed by Elton John. Includes 8 pages of full color art from the film.